These folks have been everywhere done everything. Had their children in Perth then spent 40 years on the move in the country – NAB bank in Goomalling, News Agency in Pingelly, Café, School bus driver for Max and Gloucester Motel for Maureen in Pemberton then real estate and a motel in Busselton followed by retirement for 4 years in Windy Harbour and a stint with their daughter in Eaton.

Then having a friend at Belswan Pinjarra they made their last move to the village ideally located between one daughter in Eaton and another daughter and two sons in Perth. They like their privacy, quietness, the security of the village and town, and being able to have the company of their dog. 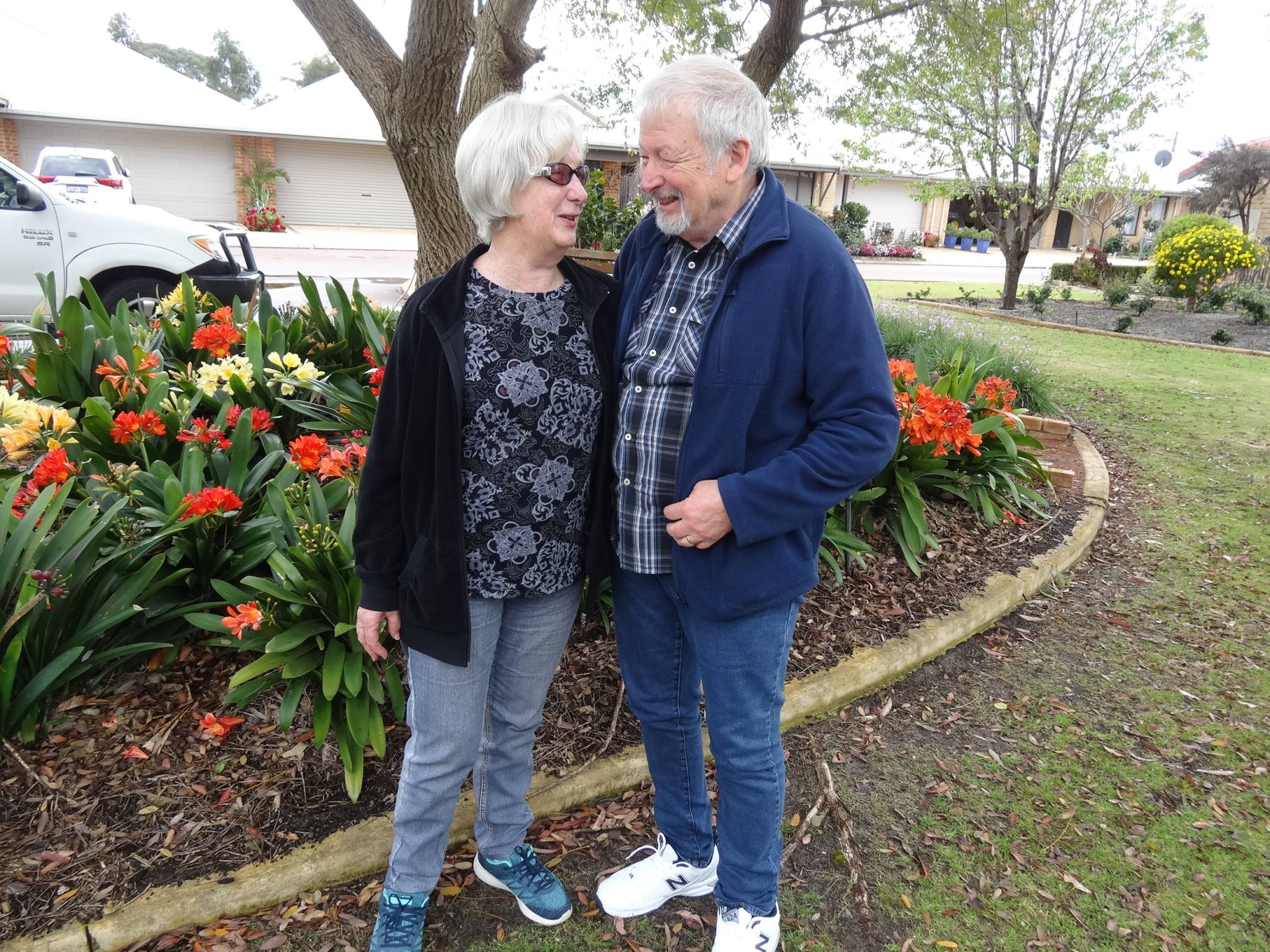